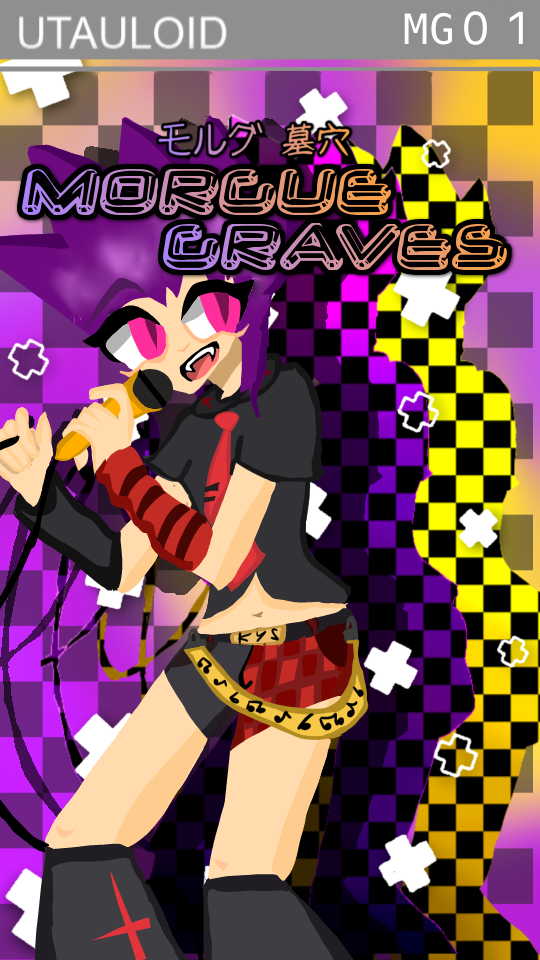 Morgue is voiced, drawn, developed, and created by SICKND444 himself. This is a solo project.

Morgue will have SEVERAL voicebanks to be downloaded. All for the UTAU software. Those will be Normal,

Morgue is meant to be a unique powerful vocal, but also a beginner friendly UTAU.

All of his voicebanks will hopefully be released by May. It's a long process, so I'd assume you're all patient enough!

Thank you for taking interest in the project. I hope to see you all on February 12th!